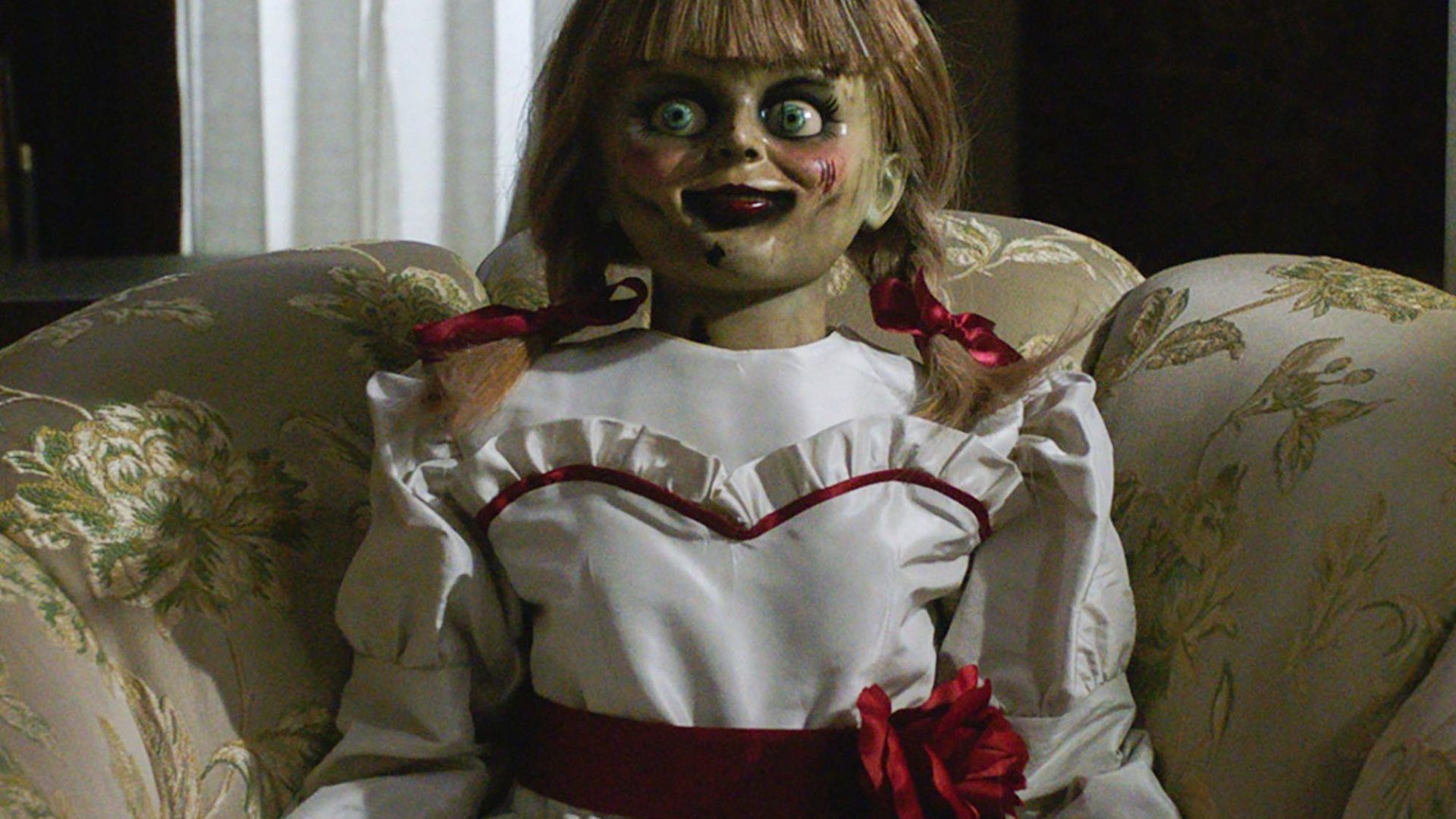 Creepy dolls will always serve as a way to scare me. They have such unsettling eyes that follow me wherever I am in the room. I have never understood their appeal and why a child would like to have a collection of them. With this information, a film about a creepy doll should work well to scare me, but Annabelle could not capitalize on it and frustrated me instead for its entire runtime.

After witnessing a horrible crime, Mia (Annabelle Wallis) and John Form (Ward Horton) find this doll. Everything seems to be odd once the doll has entered their space, including the appearances of this spirit that wants to harm the family. This puts an incredible amount of stress on Mia, who just had a new baby girl.

Being released after one of my favorite horror films, The Conjuring, this movie became the first spin-off. It took the doll featured in the prologue of the film and sought to give more of a backstory and surround a feature film around it. The doll’s scene in The Conjuring created one of the most frightening sequences in the entire feature. Unfortunately, when expanding the story of this scary doll, it became evident that the creators did not really understand what they were doing with the attachment of the Catholic faith or telling a good story.

Annabelle, much like the other films of this universe, depended far too much on jump scares to provide its entertainment while also not providing a story between the scares that go beyond possession story tropes. What separates this film from The Conjuring simply comes from the characters established and how we quickly care for their well-being. Horror films use the beginning to establish these characters as people we wish to survive the torment they will receive later on. Annabelle failed to do that for me and everything else that followed left much to be desired. Nothing about it really left an impression and I would just count down every scare because you could see it from a mile away.

Additionally, many of these possession films have the element of faith attached to it. Typically for any exorcisms to happen, it involves the Catholic Church and a priest to perform it. It goes with the territory, but the filmmakers had no clear understanding of the faith it used for the story. As someone who was raised Catholic, I know much about the theological principles of heaven and hell. The storyline in Annabelle barrels through the conclusion and once it reaches the climax of the film when the most important scene occurs, it fails to properly describe what happens. While it states the events, the actual ramifications don’t line up with the Catholic faith’s teachings on the subject manner. It shows just a lack of effort in trying to comprehend the matter and this demon’s impact on the characters of the film.

It gives me no pleasure to say that Annabelle drops like a thud because it fails to do much of anything right. Sure, some of the sequences will make you jump, but it won’t really have much meaning behind it. Luckily, the sequels to this disappointing film actually add entertainment value because there are certainly frightening elements to this doll. I mean, how hard can it be? It’s a doll and has inherent horror to it. Who would ever want that thing? Seriously? It looks like something you would find in Satan’s toy chest. I think I’m getting off-topic here. This film could be easily skipped in favor of far better films in The Conjuring universe. Seek those out and only watch this one if you have a feeling of completionist obligation.

One Reply to “Review: Annabelle”