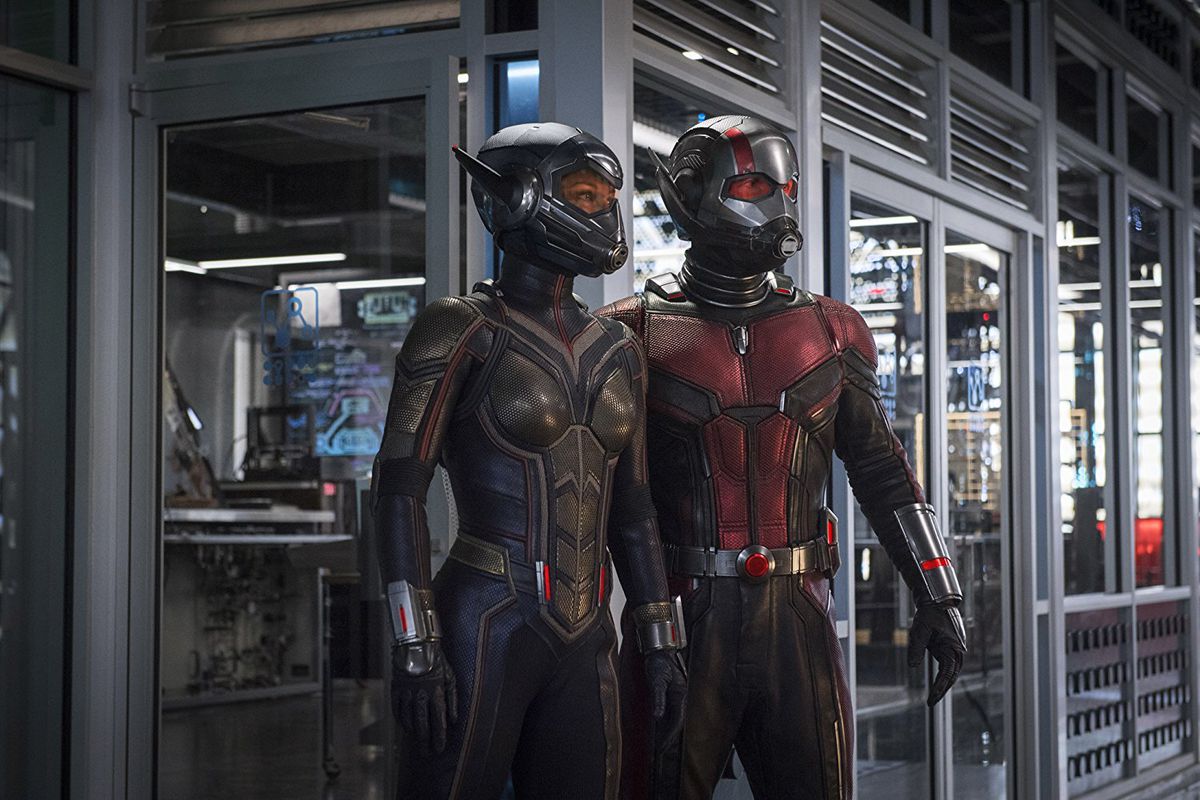 Following up one of the biggest films in cinematic history is quite the feat, especially considering how that film ended. Ant-Man and the Wasp served to fill a similar role that Ant-Man had to achieve in being a more low-key side story, but its placement in the overall Marvel Cinematic Universe series feels odd. Fortunately, the film still delivers some devastatingly funny moments to combat its weak plot.

Picking up after the events of Captain America: Civil War, Scott Lang (Paul Rudd) serves his house arrest mandate as Hope van Dyne (Evangeline Lilly) and Hank Pym (Michael Douglas) live on the run. The father-daughter duo seek to enter the quantum realm to find Hope’s mother Janet van Dyne (Michelle Pfieffer). Throw in some forgettable villains and we have ourselves another fun Marvel film.

Much like the first film, Ant-Man and the Wasp follows up one of the big team-up Avengers films that include world-ending consequences, and as a result, the stakes of this film feel as small as its hero. This film cannot immediately be discounted for that but the cynical side of me sees this as a whole movie just to explain something useful that will be important in Avengers: Endgame. As in creating an entire feature film simply so something lines up in the huge finale because everything must tie together. It must be viewed that way because the plot of the film feels so inconsequential.

Part of it comes from its villain issue. Marvel may do well in casting their villains but rarely do they develop a character worth being a true antagonist. They tried to construct one that would be villainous but don’t really commit to it and we’re left with Walton Goggins running around and it’s such a waste to bring out Goggins only for him to be given nothing interesting to do. That goes for everything he’s been involved in 2018, which should be considered a crime.

Another issue I have with the film comes from the handling of its title and how it played out in the story. When first being promoted to the general public, it was seen as this big deal that this film carried the name of a female superhero on it. The first in the decade-long film series encompassing galaxies and many films. Even with the billions the studio made, this would be its very first time and the title would indicate that Evangeline Lilly’s Wasp would be the co-lead of the film. That would be some sort of progress if only she actually became more than a glorified side character once again. The minimizing of her role in the first one made sense but to drop the name in the title and for her to have no real character work or arc completed feels wasteful at best. The story still belongs completely to Scott Lang, but at least the Wasp gets to enjoy being in some fight scenes.

For as much as it seems I am lambasting this production, it had moments that genuinely made me laugh at loud. That ultimately remains the goal of the Ant-Man films because they certainly do not produce robust storytelling, that’s for sure. One instance includes when Scott gets stuck in a school and has to run away from an administrator. From the music choice of this chase to the physical circumstances of it all really took me by surprise. Additionally, the film had more fun with miniaturizing different objects whether it be defensive or in combat with the several goons our heroes had to face. Some of it started to get wonky like a whole building being able to shrink, but it still made for some fun set pieces.

Paul Rudd brought his usual style of acting that works perfectly well in the film and Luis (Michael Peña) drops another of his great recaps once again. Everyone else in the cast was just fine except for Judy Greer, who always excels. She deserves more lead roles and I will continue to say this in every single film of hers that I review. The addition of Randall Park certainly also had some fun moments as the unknowing agent bent on trying to catch Scott Lang breaking his house arrest mandate.

At its highest point, this film felt like a nice side story within a huge series, but its placement makes it feel like a filler episode. While having a more focused and smaller objective, Ant-Man and the Wasp gets to avoid having world-altering ramifications but it feels so slight in the process especially because it sits between Avengers: Infinity War and Avengers: Endgame. That may have worked for the first one, but it could have been more relevant if its timing in the overall story would have been different. The plot feels thin, it has some nice laughs, and in my estimations it ends as a film that could simply be left in the background if you want some bright lights and noise.