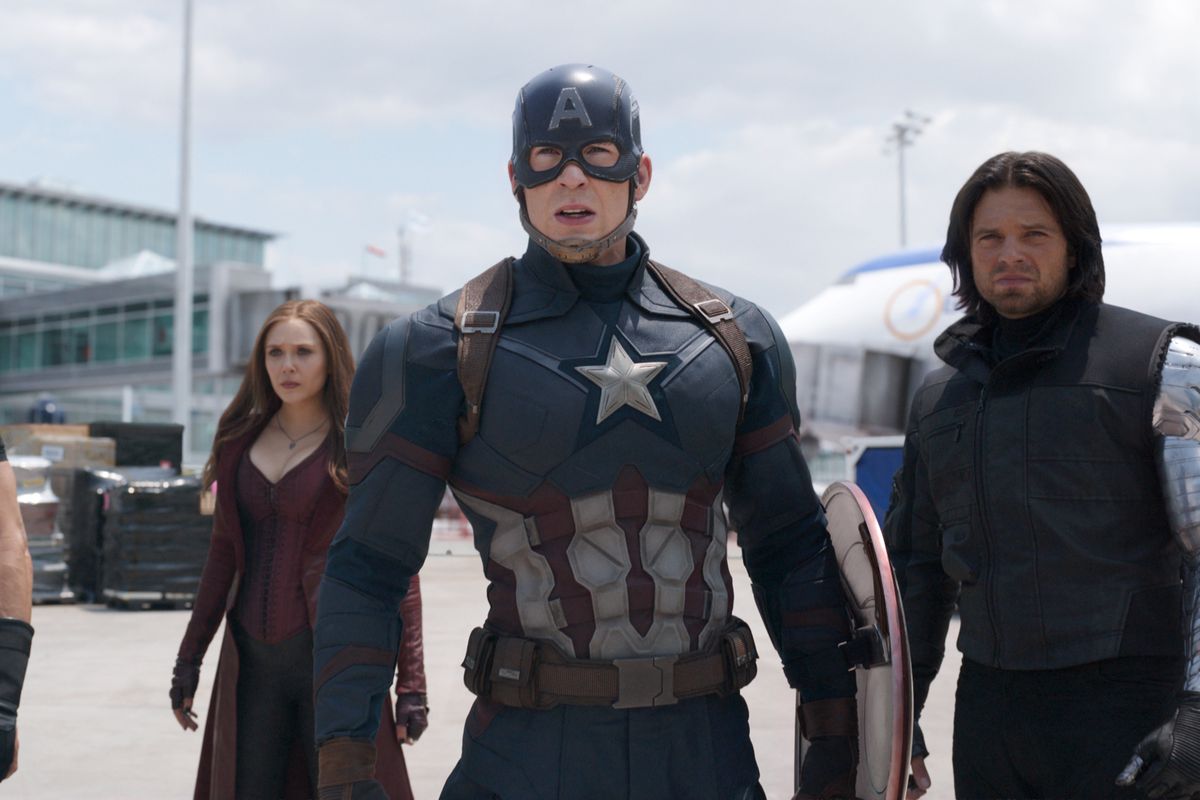 Opposing ideologies lead to disagreements which can hopefully be resolved in some form even if it results in all parties suggesting to agree to disagree. However, some issues cannot end with a simple acknowledgment of disagreement and more aggressive means come forward as the resolving factor. Take this idea with a bunch of super-powered individuals and world-ending stakes to get Captain America: Civil War.

Following a mission resulting in the collateral damage of innocent people, the Avengers are being called into question by the world. In response, the Sokovia Accords has been drawn up to limit the power and reach of these superhumans, which puts some within the unit at odds. Steve Rogers (Chris Evans) fights against it claiming it could force them to fight unjust battles, while Tony Stark (Robert Downey Jr.) wants to sign on because accountability for them is necessary.

The argument presented in Captain America: Civil War takes the position of examining everything achieved by this superhuman group. It does what many superhero films refuse to address, which is the human cost associated with having these epic battles. It may be fun to watch the Hulk destroy some aliens but in the process innocent people get hurt. While the narrative attempt definitely hits some interesting points, I feel the screenwriters overshot with their intention. The incident leading to the Sokovia Accords came from the mismanagement of Wanda’s (Elizabeth Olsen) powers, which called into question why the Avengers can go to any location they please and act with impunity. Granted, a valid concern, but in the attempt to create this friction with humanity, the focus gets lost when the film takes events from previous Marvel films and tries to lump them all together.

For example, during a sequence showing the collateral damage of their fights they displayed the battle of New York, which took place in The Avengers, the Helicarriers in Captain America: The Winter Soldier, and the battle of Sakovia in Avengers: Age of Ultron. As much as these incidents caused collateral damage, these events did not occur because of the actions of the Avengers as a whole, except for Ultron, which lies solely on the feet of Tony Stark. In New York, these aliens came to Earth anyway, and the Avengers defended it. Sure, lives were lost, but if not for them all of humanity would be under the rule of Loki. A governmental organization in SHIELD created the Hellicarriers, and if not for the Avengers, millions would be dead. The instance with Ultron came from the creation of Tony Stark and would have theoretically left humans extinct without the intervention of these superheroes. These moments do not equate in any shape or form as to what occurred at the beginning of the film other than collateral damage yet it’s used as reasons as to why the Avengers need to be controlled. It rings hollow, especially when looking at the position of Tony Stark.

The billionaire playboy has gone through quite the evolution and had a strong character arc, which should have ended after Iron Man 3. However, these movies print money so Tony needs to continue to wear the suit. His reasoning for signing the Sokovia Accords comes across as selfish, as everything that happened with Ultron came from his idea he could play God and it resulted in the lives of many in trying to fix the issue. I understand why he would wear this on his conscience, but it does not erase the fact that perhaps the best approach may be for him to put away the suit and stop doing things because they usually result in the harm of others. Instead, the film plays this argument as Tony trying to do something sensible. It’s disingenuous and makes his position worthless and takes away the flaws Rogers has for not signing the Sokovia Accords.

Outside of the overreach of its story Captain America: Civil War provides the audience with a taste of what will occur in the later Avengers films with the large battles involving a wide array of characters. If you watched any of the promotional material leading up to the release, you would have definitely seen the airport sequence, which set up the battle between these superheroes. The moment definitely lives up to the hype as it sets up several fight combinations one would love to see the result of. It’s one of those moments where you can see a kid mashing together their action figures and you essentially get the airport sequence.

While this film may feel like another team-up of the Avengers, it remains a story about Captain America and his journey in trying to rehabilitate Bucky Barnes. Accomplishing this would bring back his best friend, but his reasons for not signing onto Sokovia Accords stem from his experience in The Winter Soldier where he worked for an agency and refuses to put himself and his friends in the position to work for any shady leaders. It continues his progression from a bright-eyed soldier to someone questioning the institutions of this nation. Additionally, Civil War did the honors of introducing the world to Chadwick Boseman as T’Challa. Graceful and powerful, he has scenes where he can even put the fear of God into the eyes of Steve and Bucky.

Even for its major faults with its story, Civil War still stands out as one of the better films within the Marvel Cinematic Universe. It manages to bring together all of these heroes to become adversaries for a valuable purpose. Even with the large explosions and the large battles, it still focuses on Steve and his fight to bring Bucky back into normal civilization and end the suffering of his best friend. Quite the juggling act but the Russo brothers have proven they can handle it.