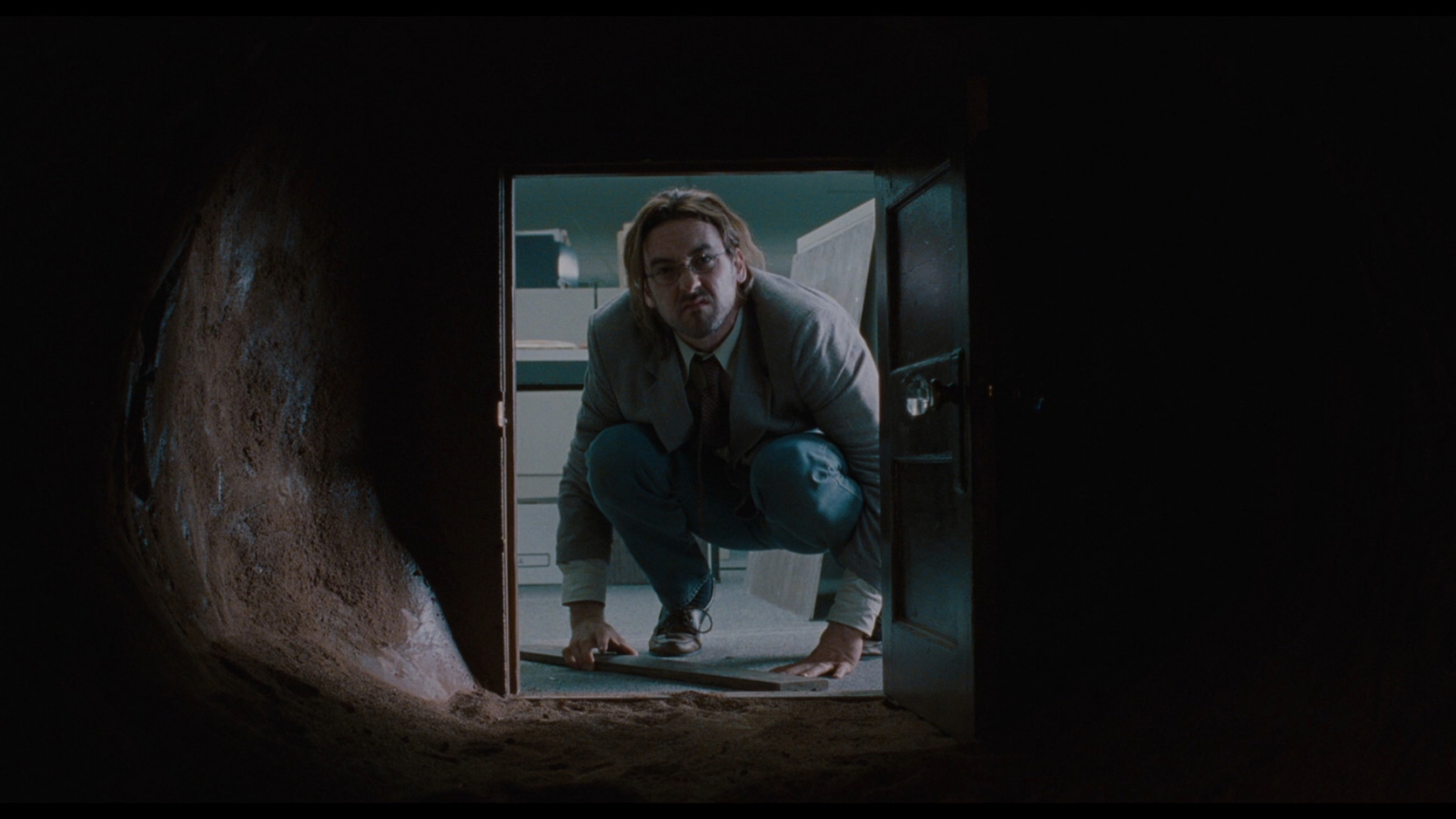 Audaciousness always finds its way through in films written by Charlie Kauffman. They refuse to be straightforward in their ideas and their execution and in 1999 we were graced with the spellbinding and mind-warping Being John Malkovich. A story so incredibly original that it leaves you scratching your head wondering how this idea ever came to fruition.

Craig Schwartz (John Cusack) struggles to make it big as a bit-time puppeteer despite his talent and must get a 9-5 job to support his family. He gets one being a filer on the 7 ½ floor of an office building strangely enough. When he loses a piece of paper behind a filing cabinet, he moves it to find this strange passageway only to discover that it leads to the mind of actor John Malkovich.

As the tagline states, “Ever Wanted to be Someone Else?” Being John Malkovich leaves it all out on the table with just how ridiculous its story becomes. The sheer idea of a passageway leading into the mind of anyone, let alone a critically acclaimed actor feels alarming, but the execution of it displays deft direction and a screenplay that only improves with each act. The story succeeds because of those elements but also the incredible acting on display by its tremendous cast.

The character of Craig shows himself to be quite the self-perceived victim in life, as he blames others for not succeeding while his wife, Lotte (Cameron Diaz), shows nothing but love and support for his failing career. Despite having a wife already out of his league, he tries desperately to sleep with a woman he meets on the 7 ½ floor, Maxine (Catherine Keener). Craig attempts to sleep with her and she hilariously rejects him each time, which only adds to his desperate efforts to impress her. Maxine becomes the first person he alerts about this discovery, and her plot to profit from it makes him believe he still has a chance.

The acting trio of John Cusack, Cameron Diaz, and Catherine Keener provide such dynamite performances to bring these larger-than-life characters to the screen. Typically, I am not a fan of Diaz’s work but she helps make Lotte this compassionate figure in the narrative and works with the material of self-discovery and sexual awakening. Cusack pulls off that scumbag attitude so well with Craig and it made me root for him to fail at each step because of his deep-rooted misogyny that comes to the surface on several occasions. Catherine Keener is purely electric in this film as she takes on this alluring figure that everyone seems to get attracted to. She has such an aloof attitude to life, which leads her to manipulate Craig in the simplest ways.

These actors help ground the script along with Spike Jonze’s direction. I cannot imagine what those storyboard meetings must have been to bring forth how to materialize the words Kaufman put together. The concept feels like an impossible task, but it ends up working incredibly well. Jonze doesn’t work as much as I would like, as he always delivers with a bang each time he decides to direct any feature. Being John Malkovich really helped his name spread and now I wait with weighted breath for the announcement of his next feature.

The fun of the film lies in the details and how each character, even the small minor ones, have their distinguishable quirks. It could be Craig’s boss, who is weirdly comfortable sharing his sexual desires, or the receptionist who cannot comprehend the words anyone says in such a convincing manner. The ridiculousness of it all alerts you to not take everything so seriously, even with the weighty philosophical ideas presented with actually seeing the world through the eyes of John Malkovich. It allows the person to escape their reality and enter the mind of another. Even with it being a famous actor, whose mind they penetrate, it could be any random person and the same impact could be made. It goes with the definition of empathy and how some say it’s displayed by putting yourself in someone else’s shoes. Instead, you can see everything from their eyes instead.

Being John Malkovich carries many surprises in how it all comes together and the purpose of the entire exercise. With a story so outlandish, it needed characters that could bring some humanity to the roles, and the trio mentioned before brought it with their hilarious performances. Its themes are incredibly rich, which should be expected with a Charlie Kaufman script. It’s an experience you will not forget quickly, as it makes you think about what someone would think if they looked through your eyes and saw your life.

One Reply to “Review: Being John Malkovich”