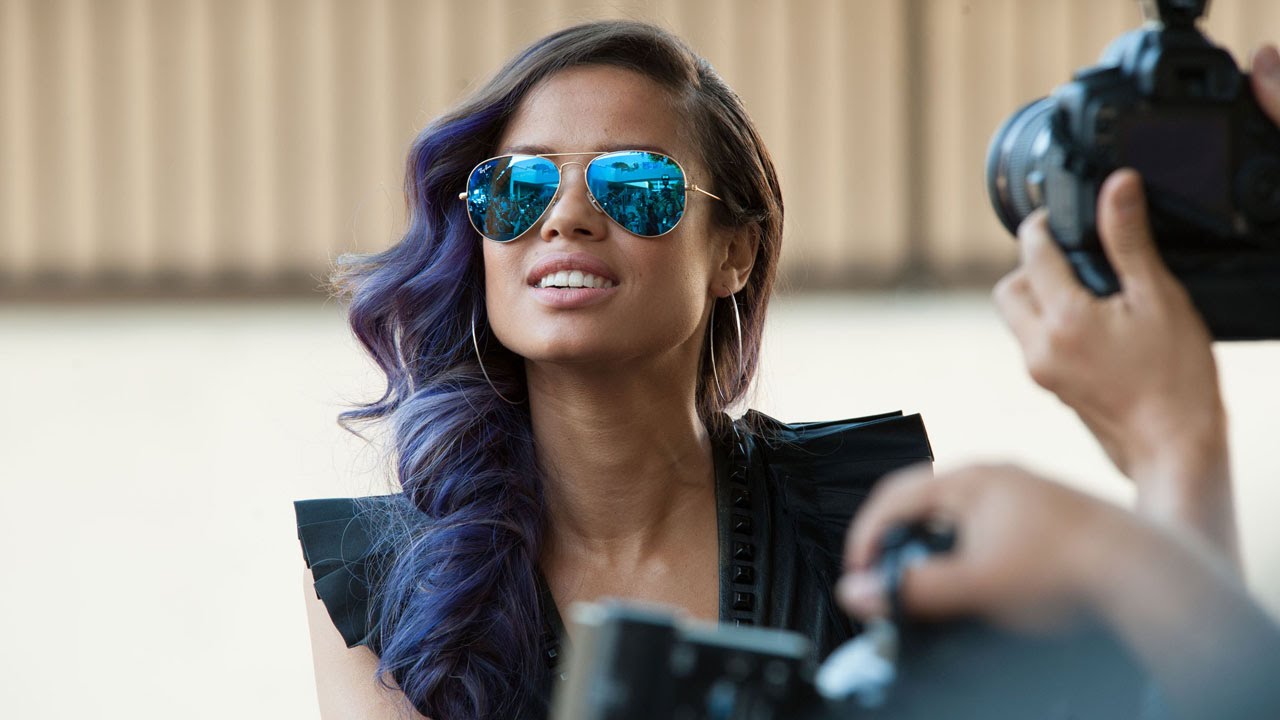 Fame requires a level of sacrifice of one’s soul in order to be on the front page of magazines and be the person everyone wants to be with. If that desire for fame doesn’t come from the actual star, the grind of the celebrity machine will only wear that person down quicker. Something the protagonist of Beyond the Lights needs to confront, as she faces all of the pressure without any pleasure.

Since childhood, Noni (Gugu Mbatha-Raw) has possessed a gorgeous singing voice, which her mother Macy (Minnie Driver) has used to propel her daughter’s career. From youth singing competitions to now reaching superstardom as an adult, Noni still gets controlled by her mother and attempts to jump off her balcony to end it all. She’s saved by a police officer named Kaz (Nate Parker) and the two bond, as she can strip away all of the nonsense surrounding her.

Stories like what Noni experiences litter the celebrity space across all industries. It shows someone with incredible talent that becomes apparent from a very young age, and the person who looks over their career logically becomes their parent. It’s certainly fine when the young star is a child, but it seems to always become a problem when they reach adulthood and these parents continue to assert a damaging level of control. It happened with football star Lionel Messi when his father ran his financial accounts since he was young, which showed he allegedly participated in tax evasion with his son’s money. Having family mixed with business creates the struggle for Noni and she needs something real to cut through all of the nonsense of this celebrity life. What could have been a simple story turns into something layered and incredibly romantic.

The star of the feature is Gugu Mbatha-Raw and she continues to stun me with each performance she puts in. She has starred in a mix of smaller films that truly give her the opportunity to showcase her talents, and she crushes it in Beyond the Lights. With this character, she needs to carry this strong sexual energy that her celebrity presence demands while also harboring the humanity of her character. There’s an innocence to the character of Noni because she doesn’t have the autonomy of her decisions as other stars do with their sexual profile for all to see. Other stars want to be seen that way but this image she has to put on derives completely from her mother and what will sell the most records.

This constant battle between Noni and her mother goes through different stages in the film and Gugu and Minnie Driver’s chemistry makes it feel incredibly real. It comes down to who’s voice comes through in this persona they have both created. Noni reveals that she wishes she could sing songs she wrote, but won’t even show her mother because Macy would say that it won’t sell. Macy has pulled her daughter into this celebrity machine and the person who helps ease her out of it is Kaz.

As with any romance film, it sells the relationship that will form and the one of Noni and Kaz embodies sweetness and authenticity. The bond between them begins when she attempts to kill herself by jumping off of her balcony, which he pulls her up from. It’s one thing to save her, but as he pulls her up he states “I see you.” A statement that pushes beyond the fragility and fakeness of every relationship she’s had since reaching such prominence. This is the first real interaction she’s had. It almost feels foreign. Kaz has his own aspirations, which includes running for office, which his father has primed him up to do. In a way, they share the same struggle of parents living vicariously through them. It brings them together and their moments of romance produce a huge wattage of electricity. Their romance blossoms because of the authenticity that binds them. Noni has the chance to open herself up in a way she never could have before and that liberating experience is palpable as the film progresses.

Writer/director Gina Prince-Bythewood knows how to put together beautiful romances, as she proved in her breakout hit, Love & Basketball. She brings these characters together and allows the leads to develop a chemistry that makes the love feel authentic and genuinely moving. With Beyond the Lights, I believe she surpasses all of her previous works, because of how she manages the different facets of her characters and their personal struggles. The film looks stunning from the tender moments they share on the beach, to the music videos and live performances of Noni.

Beyond the Lights tells a liberating story that shines a light on the struggle of letting others define your identity. Noni breaks free from it when someone shows her the path, and with it, she embraces the little girl who lost her first singing competition so many years ago. She allows herself to look, talk, and act the way that feels real to her without worrying about the ramifications it has to this brand she has no interest in peddling any further. A wonderful romance led by a tremendous actor in Gugu Mbatha-Raw.

One Reply to “Review: Beyond the Lights”