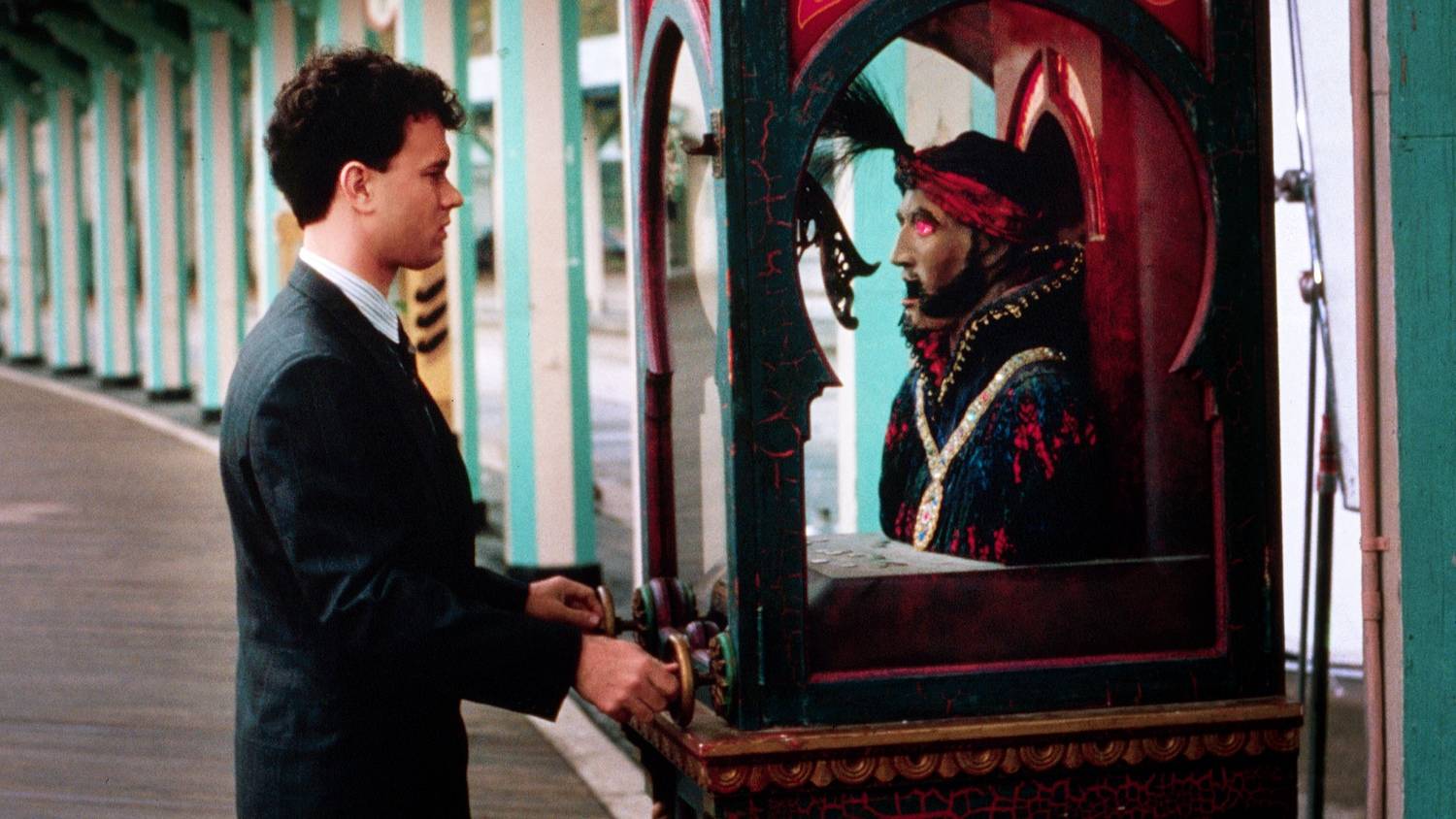 Rushing into adulthood comes across the mind of many kids because of the restrictions that come with being a child. Being an adult lets you see R-rated movies, buy whatever you want, and not have to do chores mandated by parents. Great perks of being an adult, certainly, but with the age comes the responsibility of being a contributing member of society. Mixing the child-like passion and adult authority allows Big to show the best and worst of each world.

Josh Baskin (David Moscow) happens to be too short to go on a carnival ride, which dismays him. He then sees a Zoltar machine and uses it to wish for him to get big. His wish gets granted and he wakes up in an adult body (Tom Hanks). Having his childish personality and the body of an adult man allows him to experience the life of a grown-up by going to work, having an apartment, and still having some fun.

The indelible mark left by Big can be felt throughout the industry, but its greatness comes from its incredibly endearing and loving message about accessing one’s inner-child. The voice inside you that still gets excited when something nostalgic appears on the television and the pure elation that comes from receiving a gift. Losing those sensibilities make us dull and makes the adult version of Josh Baskin stand out when he gets a job at a toy company. He attains this job after impressing an executive with the knowledge of toys he accrues from collecting them. It provides an insight the company needs so he’s brought in. While the other executives pitch ideas they believe kids will enjoy, Josh corrects them because of his experience with the toys himself. The other folks in that room lost what it’s like to be a kid, and Josh gives them a gentle reminder.

Big becomes such a wonderful viewing experience because it accurately shows what kids would do if suddenly thrusted into adulthood and given the resources to do whatever they please. It’s demonstrated perfectly when Josh, with the help of his friend, gets a luxurious apartment after getting a big promotion. With all of the available space, they only have a bunk bed, a bunch of games to play, and a soda machine that dispenses all of the soda they please. If I went to ask myself when I was much younger, what I would fill my own apartment with, I would have several similar furnishing ideas. The script beautifully stitches together this idea and they happened to cast the perfect actor for the adult Josh.

The two tales of Tom Hanks’s career show an actor who shined in both comedic romps and incredibly dramatic features. He can interchangeably fall into either at any point, but his performance as Josh Baskin became the apex of his comedic roles. He shows his inner-child in such loving ways with how he jumps for joy at the smallest things and fails to comprehend all of his adult responsibility. It may be my favorite performance of his because of the duality he balances of acting like a child in his adult body. He exudes such joy, especially in one of my favorite scenes of when he plays the floor piano with an executive from the toy company that would later employ him. That entire scene captures an exuberance and wonder that makes even an old man join in and play along. It feels like a different world where that kind of purity could possibly exist.

The great Penny Marshall was at the helm for the film, and she was the perfect choice to put together such a lovely story. She allows certain moments that may seem outlandish seem believable. It all comes from the set up of each scene and the payoff it provides. She shows adult responsibility could drain even someone who’s literally a kid in an adult body. It happens to everyone when time is of the essence and different relationships begin to falter because of everything that needs to get done in a finite amount of time. A reality we all have to face eventually and a lesson that Josh learns in the film.

This film has so much to love and the transition between being big and small for Josh works perfectly, except for the relationship between adult Josh and an executive at the MacMillan toy company, Susan (Elizabeth Perkins). Of course, Susan finds Josh that looks like Tom Hanks to be incredibly attractive but she doesn’t know she’s courting someone who happens to actually be 12 years old. Her attempts to court him is quite funny because different cues and words that signify some obvious intentions go right over the head of Josh. The complication comes from when they have sex, which Susan believes to be an adult man. The set up to the scene is great as their definitions of sleeping over vary greatly because of the different connotations they both have, but it makes the scene very uncomfortable to think about.

Even with its unsavory moment, Big is unquestionably a beautiful ode to never losing the excitement and wonder of being a kid. It’s easy to lose sight of it when having to worry about bills, relationships, and job performance. The sheer exuberance of what the world has to offer astonishes Josh but he learns that every stage in life has its pros and cons. All to say that no one should be in a rush to reach a certain stage in life because every year has something new to offer.