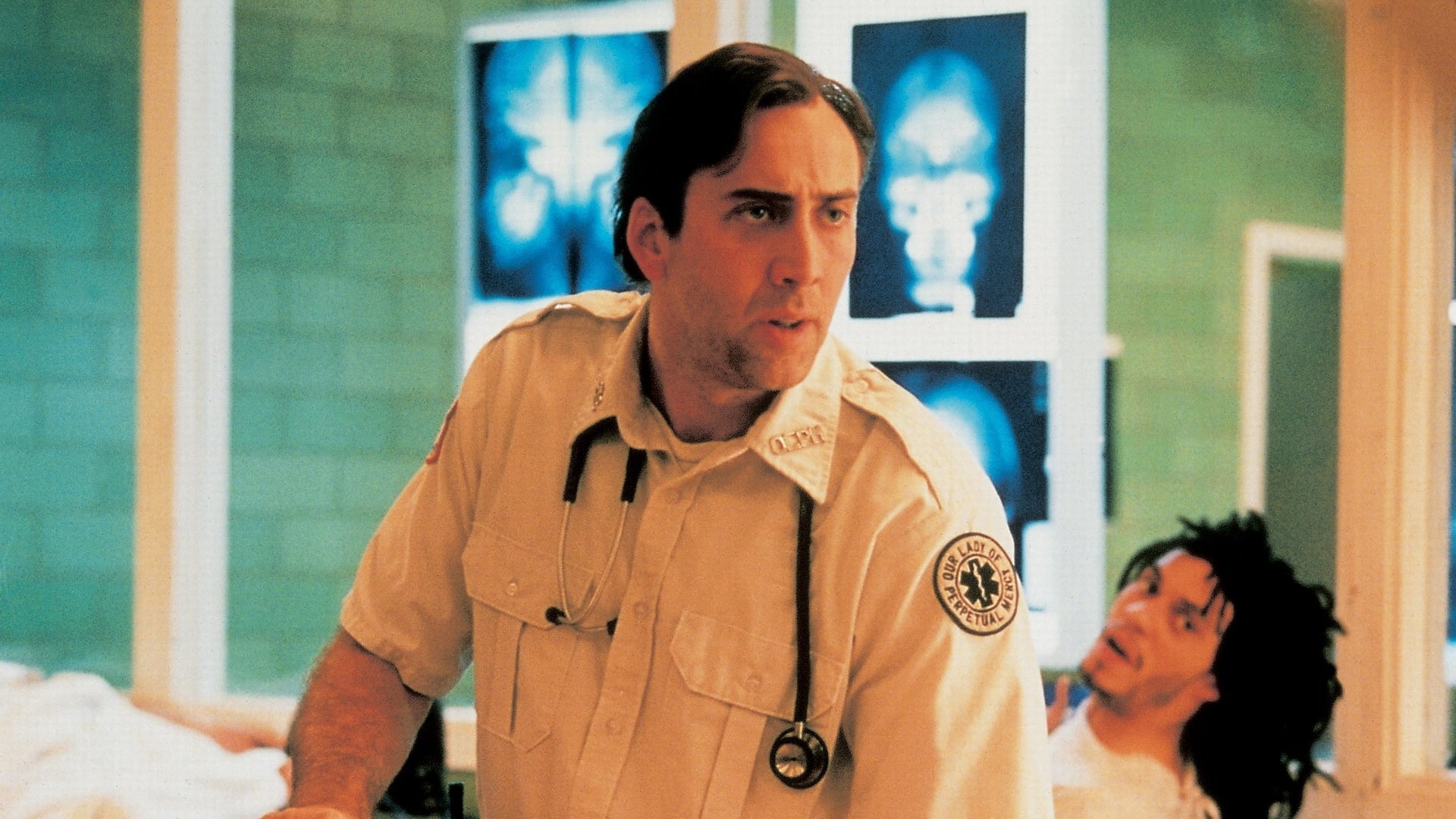 Not all jobs are created equal in the amount of work required and the psychological impact it has on the employee. Being a paramedic allows the opportunity to save lives, but also see others perish right before your eyes. Understandably, it would have an impact, which we get to see firsthand in the intoxicating Bringing Out the Dead.

Frank Pierce (Nicolas Cage) experiences the ups and downs of being a paramedic. As of recently, he’s unfortunately had a streak of patients, who he could not save. It begins to take a toll on him, as he begins to see them as apparitions on the next few shifts.

The overall look of exhaustion has never been personified quite as well, as to how it appears on the face of Nicolas Cage in this feature. This poor man needs at least 24 hours of sleep to recover from the extreme lack of rest he has recently received. You can see it with his eyes and the baggage with the ability to bring down the mood of any living person. It becomes a role perfect for someone like Nicholas Cage in the way he can endure such odd circumstances. Ultimately, that is how this film could be described; an odd amount of circumstances drenched in substance.

With the emotional baggage, Frank must carry because of those who have lost their lives with his care, he begins to see them as apparitions. It manifests a guilt in his psyche, which will not allow him to sleep or achieve any sort of peace of mind. Theoretically, he should not have this sort of guilt, because his job comes with the hazard of it being a distinct possibility of people dying under his care. As a paramedic, you never know what kind of situation you’re stepping into. It could be someone who broke a leg or someone in the midst of a heart attack. Inevitably, if one works long enough in that particular profession, death will inextricably come along. This guilt becomes clear, but the way it plays out brings out the method to the madness because of the director of the feature.

Martin Scorsese has linked the idea of Catholic guilt in several of his films, which makes it obvious he has struggled with it in a personal manner as well. It appears in his gangster films like Mean Streets, but also in others like Silence. With the character of Frank, it begins to eat away at him and eventually attempts to find a way to dull this unending horror he experiences. Scorsese ensures he drives home the message with the struggle Frank endures through this process and the people he gets paired up with do not make matters any better.

Riding along with Frank comes quite the collection of partners ranging from the dangerous to the peculiar. Each of them bringing their own quirks and completing the spiral the poor paramedic endures with this job. In a way, it makes them look bad as a profession, where Frank attempts to quit and find ways to get fired only for his superiors to refuse him at every turn. Perhaps there is a shortage of those wanting to be paramedics, but it could also mean this whole story finds Frank himself in is some sort of personal hell. Nothing seems to go his way and everything he attempts to accomplish falls short because of the circumstance he finds himself in.

The cinematography of the feature beautifully captures the streets of New York in a way most Scorsese films do, but this one in particular really came to play. The streets at night look haunting as each turn may reveal a new horror Frank must potentially take on in his attempts to fight his personal demons. Every red light feels alarming and all of the fluorescent lights pierce the head to cause some sort of pain. The visuals allow us to sit through all of the nonsense Frank experiences throughout the story, thus partly making it hell for us as well.

Bringing Out the Dead feels unique in the filmography of Martin Scorsese, because of the grungy way it captures New York City. The nearest attempt came in another Paul Schrader screenplay, Taxi Driver. Everything looks gross and only exasperates the situation our protagonist has found himself. This film can certainly be classified as an experience because it will surprise in the depths it plunges and the overall arch of the theme and the character’s story.

One Reply to “Review: Bringing Out the Dead”