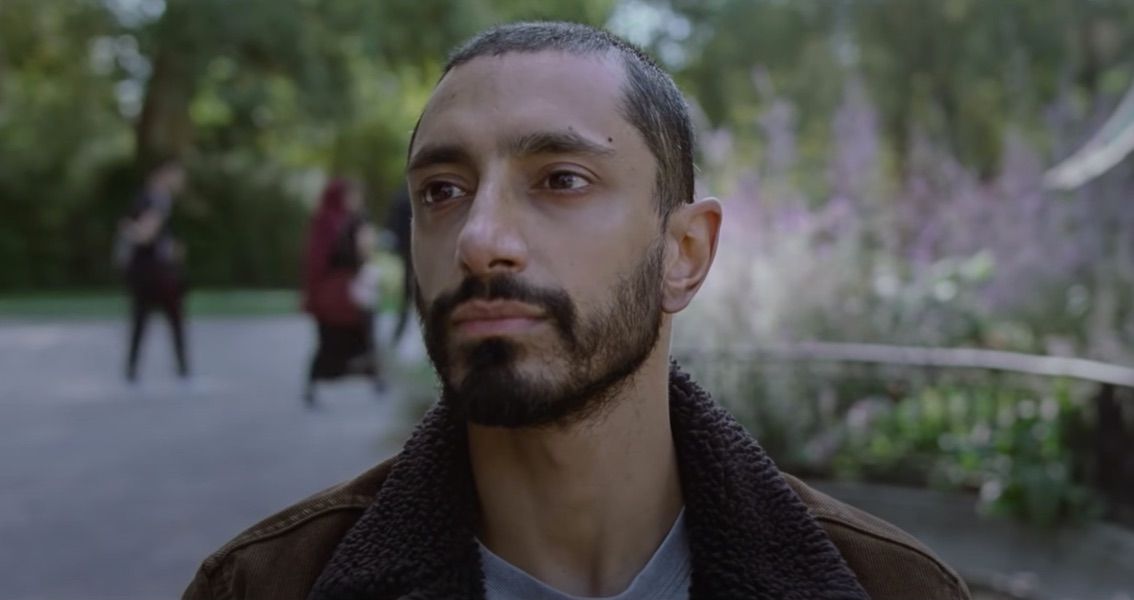 Not everything in life can be fixed. Some things occur because they will and no matter the amount of fight or intervention one can put in, perhaps the energy would be best used elsewhere. A dilemma thoroughly explored in the sensitively-told and beautifully captured Sound of Metal. A true journey of self-worth and what it means to just sit down and take in the moment and environment the world has provided.

Part of a duo musical group called Blackgammon, Ruben (Riz Ahmed) plays the drums while his girlfriend, Lou (Olivia Cooke) plays the guitar and takes care of the vocals. As his hearing begins to deteriorate, he looks for different operations he can get to rectify the issue, but this transition into a new lifestyle proves to be more than he can handle.

A musician losing their hearing may be as brutal as a chef losing their taste buds where people lose the very sense that allows them to enjoy their passion. This becomes the central battle occurring in Sound of Metal as drumming not only fits Ruben’s passion but also his livelihood with Lou. This loss of hearing occurs while they’re on a tour and live out of an RV together. Losing his hearing could not have come at a worse time, but incidents such as this in life never come with ample warning. Narratively, the film then moves into the process of him being forced to accept this reality, which involves a whole new humbling experience and for him to experience a way of life he never expected.

The experience of losing the hearing gets felt by the audience as well, as the sound work bounces between what normally gets heard in the story and then what can be specifically discerned from Ruben’s deteriorating hearing ability. It puts us right in the middle of trying to feel his pain and how everything from simple communication must shift. Rightfully Ruben feels the pressure to find the right fix, seeing as dropping out of the tour would not do them any good, especially with it being obvious they do not have plentiful financial reserves to keep them afloat. The setting shift to the deaf community overseen by Joe (Paul Raci) begins the journey of Ruben’s acceptance and really slows the film down.

With the rambunctious music Ruben and Lou play and the fast-paced nature of their every day, seeing everything slowed down when the former enters this facility softens the pacing in a purposeful and effective manner. Joe recommends an approach where he breaks from any communication from the outside world and just lives in the moment provided to him. Everything occurring in this facility works wonders because it stabilizes Ruben in a way he has not been in a long time. As insinuated, he had a drug addiction in the past and his life has been filled with excitement one way or another. His time with Joe changes everything, as he prepares for a new future and way of communication at his age.

The way Ruben’s deafness gets portrayed in this film stands out as one of its best attributes as it has an actor who’s not deaf but surrounds him with genuinely hearing-impaired individuals. It certainly helps that the lead actor put in the time to learn sign language in order to allow his performance to feel genuine and not something to receive a pat on the back for. Including members of the deaf community carries such importance and it makes for beautiful conversations with this form of communication. There were times where the signed communication kept me engaged in what the characters attempted to tell each other more than spoken word. The specific use of the closed captioning also played a factor, as it was used throughout the entire film whenever any character spoke, but the signed communication did not appear with the corresponding captioning until Ruben advanced in his comprehension. A subtle addition throughout the film that only continues to display how the audience remains by Ruben’s side on this personal journey.

Undoubtedly, Riz Ahmed puts in an astounding performance as Ruben not only in the effort he put in for the role but also in the handling of the emotional scenes. He absolutely breaks the heart in the moments he shares with Lou, particularly when they initially say goodbye for his time in the facility. Seeing how much he does not want her to go and where he cries and states “you’re my heart” really got to me. It shows a man scared not only to lose his way of life, but also the person he loves most in the world. So many sequences throughout the feature show Ahmed harnessing the pain of the situation and refusing to allow the performance to fall into the melodramatic. It could have easily gone down that path but the intentional decision to really make this a character study truly aided the movie as a whole but allowed for excellent nuance in this never-ending battle Ruben must accept.

Beautifully moving in the handling of its subject matter and beautifully reflective by the time the end credits roll, Sound of Metal works incredibly well as a character study but also an examination of what it takes to transition to a new mode of communication. The frustration will certainly be there at first, especially when learning it all in an older stage of life, but trying to get around this issue is where Ruben finds his struggle. It’s not until this acceptance comes that peace will be found and it became an honor to go through it all with this lovingly sympathetic character.