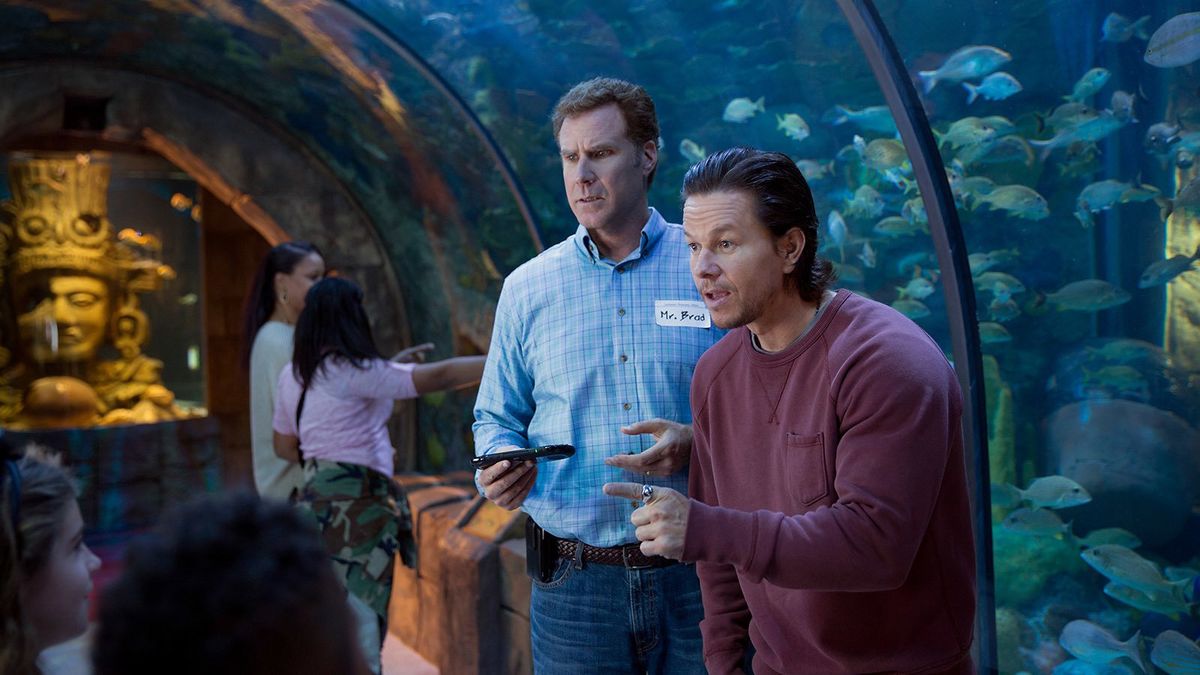 Doing the hard parts of parenting makes the payoff of all the sweet moments so much more satisfying. It does take plenty of work, and not everyone has the will to get through it all for the gratification at the end. Daddy’s Home attempts to show the difference between two different men in the struggle of the biological father vs. the stepfather, but it results in an aggressively unfunny and mean-spirited film.

Desperate to win over the love of his stepchildren, Brad Whitaker (Will Ferrell) gets to a great point until the visit of their biological father, Dusty (Mark Wahlberg). With Dusty’s arrival, his attempts to discredit Brad in front of the kids and everyone else pushes Brad to do some outlandish things as his manhood gets challenged in more than one way.

The conflict of raising children with more than one parent involved deserves mindful stories about the balance necessary for more than two people to raise children. There’s no correct formula to follow and success varies because of all the elements, egos, and feelings held when trying to teach a small human. Daddy’s Home at least sets up a potentially potent film, but its comedy and story structure did nothing but aggravate me to no end due to its nonsensical nature. Everything after the arrival of Dusty on-screen gets brutally annoying in the way he gets portrayed.

When he first arrives, everything makes sense as to how the kids would appreciate his presence over Brad, seeing as they have not seen Dusty in a long time. He gives off that “Fun Uncle” vibe where he comes bearing gifts and does all of the fun things for the kids, leaving Brad to be the responsible father. However, the degree to which the story turns the relationship of Brad and Dusty into a competition completely loses the plot as the story continues. It turns Brad into a shell of a man and the story progressively loses its shape. Instead of it being a story centered on fatherhood, it becomes about what it means to be a man, which gets tiring for Mark Wahlberg. The man has never seen a role where he gets to be a tough guy that he did not turn down and his decision to portray this toxic role did not surprise me one bit.

As Brad continually gets frustrated by the circumstances created by Dusty, the film’s shift to the issue being about masculinity rings completely hollow and drags down the entire production. This issue mostly sticks its ugly head out with Brad and Sara (Linda Cardellini) trying to have a child together. They’ve been having struggles to conceive and the film makes the point to confirm the issue comes from Brad’s sperm count. Men’s egos about their groin and reproductive fertility knows no bounds and the film plays upon it in the meanest ways. There was no comedic value found in this approach whatsoever and it only exposed how much substance this movie lacked overall. Joke after joke showed a tired script trying to make lowest-hanging-fruit jokes of these two men trying to see who has the larger you know what.

For the amount of potential this film had to tell a truly meaningful story and completely failing comes with so much disappointment because the Wahlberg and Ferrell partnership has worked wonders in the past, much like in The Other Guys. When given the proper material, they can excel together as they bounce off what makes each of them funny, but what they received in Daddy’s Home feels so hollow and wretched at points. In a way, it feels half-measured, as it could have gone for dark comedy to make some observant jokes about masculinity or play it completely safe. No, it stops right in the middle and it feels completely useless as a story no one needs to see because its middling message feels so basic.

A strong premise, but a horrible story in execution, Daddy’s Home certainly disappointed because of the talent involved. The potential was there but it feels far too immature in the handling of its sensitive topic to the point where it’s hung up on jealousy based on someone else’s muscles in relation to manhood and fatherhood. A complete waste and something that left me aggravated for most of it because of how much it does not resemble anything remotely realistic. It could have easily ended after 30 minutes in the real world, but the movie wanted to some dumb chuckles.