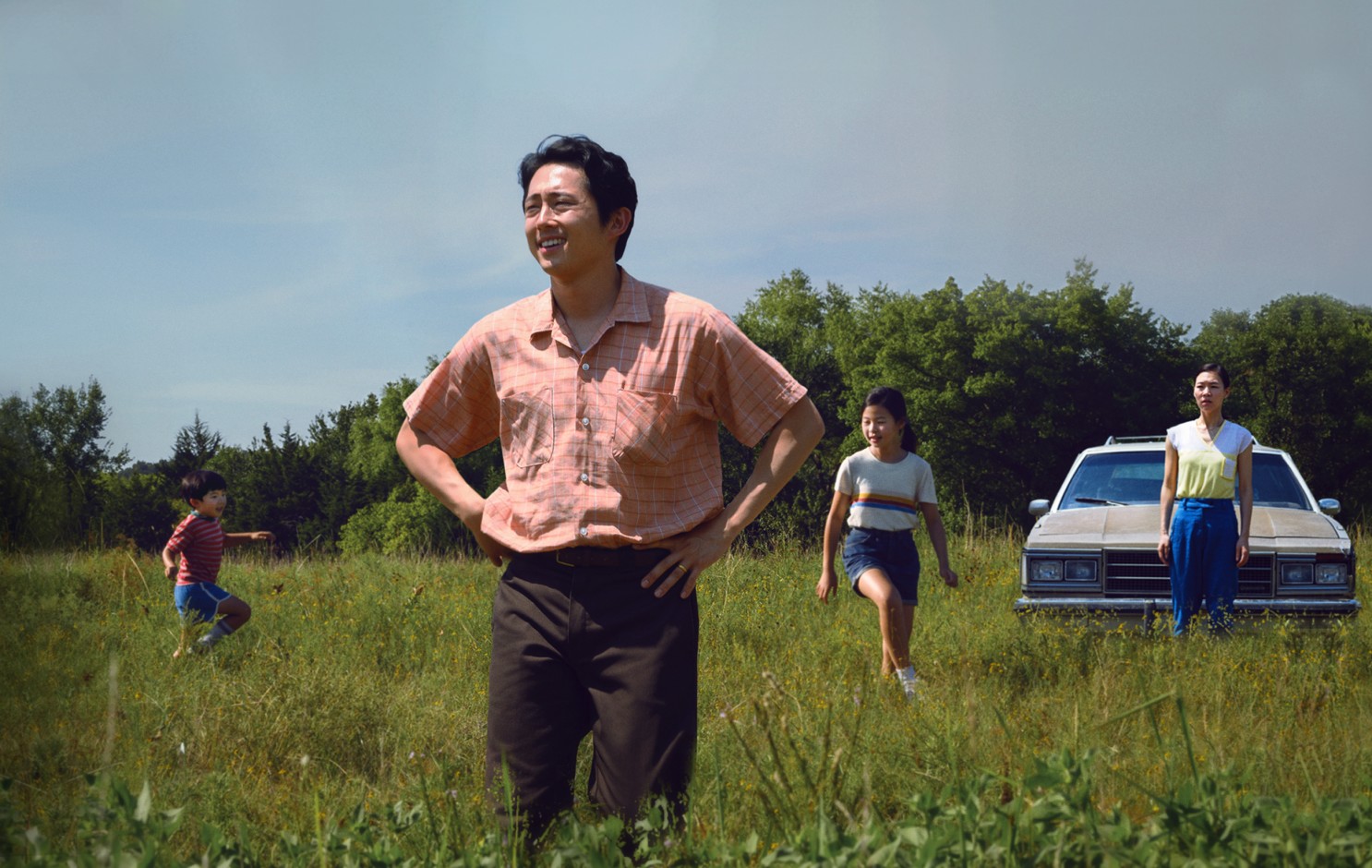 Reaching the American Dream comes with varying specifics but all center on the idea of reaching a level of success attainable through the tenants of this nation. It’s what has led many to traverse tough terrains to reach these borders, as the possibility to make something of your own falls in line with being successful in the land of opportunity. This ultimately pulls the family we follow in Minari to the middle of nowhere in Arkansas and with a defining journey for each member.

Moving from California to a farm site in Arkansas, Jacob (Steven Yeun) brings his family to a piece of farmland he hopes to grow Korean fruits and vegetables. With their initial struggles starting out, they bring over his wife’s (Han Ye-ri) mother (Youn Yuh-jung) to watch over the kids as the parents both work in a chicken factory and on the farm.

While it being a film about cutting out a slice of the American Dream pie, Minari ultimately tells a tale of what it means to be an American in the cultural and economic context. Jacob sees it as finding this patch of land and making it work for his family’s benefit while nearly everyone else struggles with the idea of being in this remote place. This gets established at the very beginning as it opens with them driving up to their trailer home situated right on the farm lacking even the basic steps to walk into the home. Jacob sees nothing but incredible potential for them while Monica sees dirt and a crappy place for them to live and raise their kids. It certainly does not help that the closest hospital sits nearly an hour away with their son struggling with heart murmurs. This push and pull continues throughout between Jacob and Monica as they battle with what this new opportunity presents but the true heart of the film exists between the young David (Alan Kim) and the grandmother, Soon-ja.

Brought on to watch over the kids, Soon-ja does not fit the mold David would like as a grandmother, which certainly comes from American ideals the young boy has consumed through television or other friends of his. He tells her straightforwardly that she does not bake cookies or do the other necessary components of being a grandmother, which may sound bratty coming from a small child but the combination of Alan Kim’s performance and the overall cuteness of this character, comes off playfully. The banter and rapport established between the pair make for such beautifully heartwarming and truly hilarious moments. Even with all the moments where David pushes her away because she does not fit the ideals he prefers in a grandmother, she continually comes right back at him with her own loving quips. They make a true dynamic duo to bring different levels of energy to the story as compared to the parents having to deal with the financial and emotional struggles this change of scenery has caused.

The beginning scene not only establishes the mood by the work of the actors, but it also introduces the wonderful score that will sit right on the surface of this entire film. Emile Mosseri creates a wonderfully rich and moving piece of work to perfectly capture the mood of each moment where the score gets utilized. It emphasizes the moments of stress and pain and jumps up with excitement whenever David gets involved with his youthful shenanigans. The work does not seek to dominate the mood, but it assuredly accompanies the story as a worthy companion.

With the sweeping emotional situations set in this film, none of it happens with inauthentic battles set for dramatic purposes of it being a feature film. The magic of this film lies in the pure authenticity of the story, as it comes from the inspiration of writer/director Lee Isaac Chung’s own upbringing. On many occasions, the choice to jump into the overly dramatic presented itself but the story never bit on the opportunity because the real issues presented have their own drama attached to it. Sure, there are moments of passion but they come far and few between because this family wants to make the dream work. This gets seen perfectly through the performance of Steven Yeun, who just continues to impress with his performances.

Understated but incredibly moving, Yeun displays the heavy weight on the shoulders of this man as he knows the risks associated with this farm and wants to continue with it because he knows what it means if he beats the odds. It creates a legacy and a symbol of success he has always dreamed of when leaving Korea in hopes of reaching the American Dream. Even in times where he receives doubts from his wife, who just wants to move back to California, he persists and is willing to face the repercussions of what failure would bring his place as a man and a father in this family. Such subtle but moving work by Yeun, as he continues through a terrifically sensational run in his career as an actor.

Beautifully moving and a gorgeous portrait of perseverance and familial strength, Minari puts together a sensational supporting cast who will each grab your heart in their own way. Alan Kim, in particular, will make you smile every time he appears on-screen because the level of cuteness he exudes should honestly be illegal. It impactfully embraces its thematic elements and demonstrates assured direction by Lee Isaac Chung, who tells this personal story with enough fortitude to make it as universal as possible and singular as well. Certainly, a film that will continue to grow in my appreciation the more I rewatch and think about it.