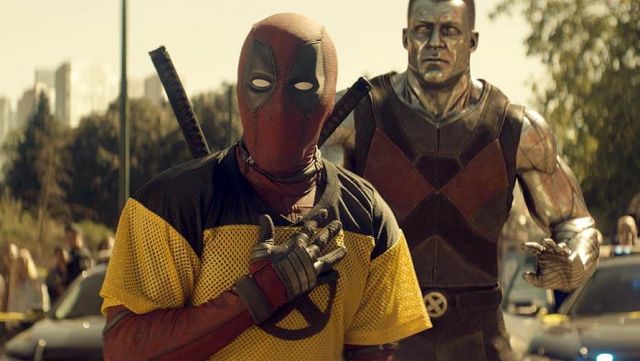 The curse of sequels rears its ugly head out far too many times because of the lack of creativity when running back a story with the same characters. It happens too often, which has made me grow a layer of cynicism when one gets released. Even with its genuinely hilarious moments, the downgrade of Deadpool 2 in regard to story gets felt to a disappointing degree.

Now working as a successful mercenary for two years, Wade Wilson (Ryan Reynolds) messes up with one of his targets, who kills his fiancée Vanessa (Mirena Baccarin). With this devastating loss, Wade reevaluates his life and tries to live the way Vanessa would have wanted him to, which includes saving the life of a kid from a new threat in Cable (Josh Brolin).

The success or lack of it in Deadpool 2 comes with a real mixed bag for me because overall I land positively on it, but it disappointed me with the lack of evolution. Sequels, at their greatest, take what worked in a hopefully strong predecessor and adequately improves it somehow, which this film fails to do. Instead, it just returns to the well with the same type of humor and a lack of any real creativity with the storytelling. The biggest gripe I have comes with the fourth wall breaks and references, which worked out well for being fresh in the first film, but it began to feel incredibly tired in this follow-up. These fourth wall breaks not only cover references, but it also mocks story structure as events occur. You can excuse the basic structure of the first film and how it mocks itself, but when you try it again, it simply just appears as bad storytelling. You cannot continually mock other films for having basic stories while continuing to do so yourself. There lies my biggest issue with this film, but the rest of it has plenty of fun with everything else.

If you have seen any of the promotional material, you would know of this film’s intention to expand on the characters more than just Colossus (Stefan Kapičić) and Negasonic Teenage Warhead (Brianna Hildebrand). They do this by adding in the X-Force, a group of ragtag superpowered folks who can help take on Cable. Everything about the formation and execution of these characters works perfectly for the type of tone these films have set. Completely unexpected in every way and I must give kudos to all involved for thinking of it.

With Ajax being a fairly anonymous villain in the first Deadpool, the addition of Josh Brolin as Cable presented a wonderful opportunity for someone who can go toe-to-toe with Wade. Doing this is not as easy as it seems considering Wade can essentially recover from any bodily harm inflicted upon him. Learning more about Cable shows the sad backstory of what drives his motivations and as the film progresses, the allegiances and alliances begin to shift as more information becomes available. Similarly to the first film, the connectivity of this film to the X-Men movies remain in question because it does not utilize the same actors, but a particular scene really puts things into question in a truly funny way. It makes an interesting proposition to think of how a hard R-rated character could fit into the more mild PG-13 X-Men, but nonetheless, it works out for the referential scene.

While Ryan Reynolds shines once again with a character he has complete control over, the shining star of the feature is Julian Dennison as Russell Collins, the kid Wade needs to protect from Cable. We learn more about this kid and his significance as the story moves along, but he represents the growth of Wade and what he promised Vanessa. Prior to her untimely death, they were hoping to have kids, which Russell essentially becomes a stand-in for. Typically stories with this sort of plot have a sweet kid to protect, but Russell flips the bird and speaks his mind. Dennison knocks it out of the park after his smashing breakout role in Hunt for the Wilderpeople. His humor works perfectly with what this set of films tries to achieve and he becomes someone to both get annoyed at and care for.

Where Deadpool began to slip is where Deadpool 2 continued to go downhill, but the film has plenty within it to warrant its existence. It expands by adding more characters, which does not take away from the story, but it also allows Wade to grow as he lost the person he loved the most in this world. Several moments will shock you just as these filmmakers set out to do and it comes together to provide some genuinely funny moments despite its shortcomings.