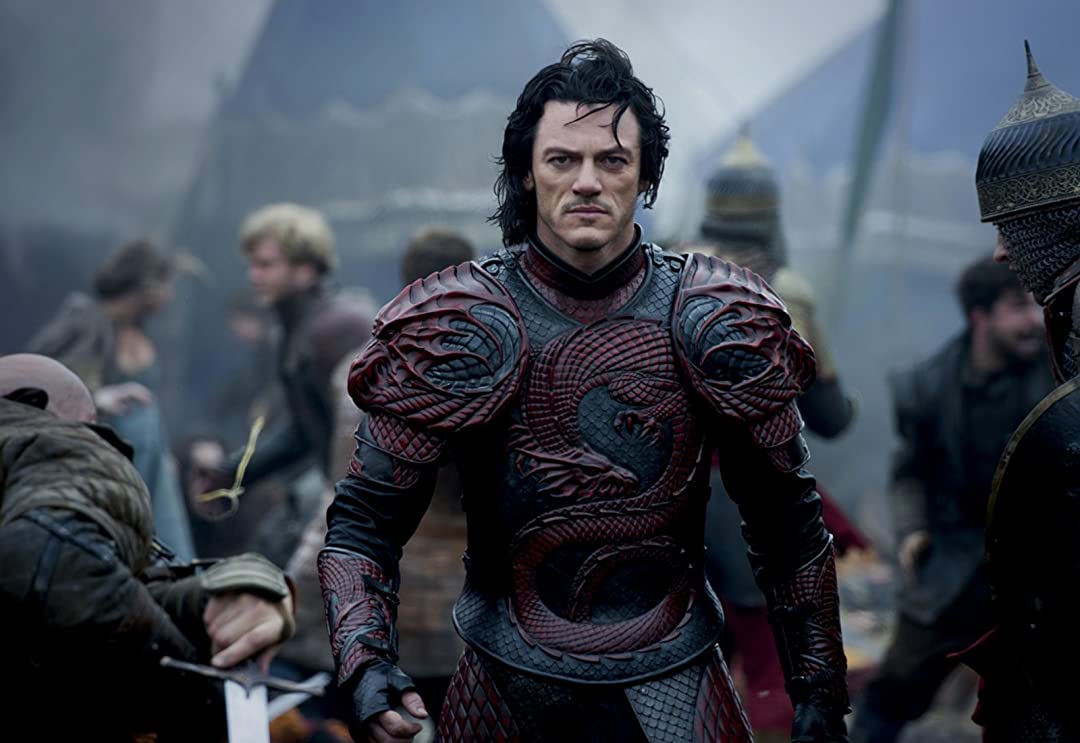 Some stories are so well ingrained in popular culture that re-telling does nothing unless it has something important to add to it. At times, you need to go further back in the story to soak up the potential dollars for an intellectual property, which is where we find Dracula Untold. A film serving as the jumpstart of a universe but proves to be a middling movie with moments only meant to satisfy those who love a  good ol’ mythical tale.

Famously known as “The Impaler” Vlad III (Luke Evans) has given up his ways to raise a family and rule his people after achieving peace. Following a demand by the Turkish ruler for Vlad’s people to give up 1,000 boys and the prince’s own son, he goes to drastic measures to defeat the massive army. This leads him to a vampire he found in a cave, which will give him unstoppable power.

Listen, I’m always going to be pulled with movies like this no matter the quality because they have elements I simply enjoy and just need to have a decent enough story. Dracula Untold does not necessarily have the story element, but it does put an intriguing twist on the origin story of this legendary figure in fiction. Enjoying League of Extraordinary Gentlemen and Van Helsing properly prepared me to find plenty to enjoy in this feature.

The setup to everything shows a man unwilling to do battle any longer and wants peace, but this notion can only last so long when greed and avarice still rampantly exists in the world. This makes the Turk Sultan Mehmed II (Dominic Cooper) put this ultimatum on Vlad and his people. Mehmed knows he has the numbers, which puts Vlad in the position to either acquiesce to the demands or die trying to defend his people’s honor. A cruel circumstance and one justifying the means he’s willing to take in order to protect his son, wife, and the rest of the people he swore to lead valiantly.

Getting these vampire abilities merges the horror of his abilities with the action capabilities he attains. He can muster bats instantaneously for his own use and can even turn into a swarm whenever necessary. He needs this power to take out the Turks, but as the Master Vampire (Charles Dance) states, Vlad has three days to have this superhuman ability. Once the sun sets on the third day, he will be mortal again unless he feeds on someone. This sets up the countdown for Vlad to get everything he needs done before that time and the struggle to avoid the temptation of feeding, which becomes insatiable. Arbitrary rules but it adds some extra tension towards the third day, as he is yet to completely vanquish the Turks.

The narrative plays out as a tragedy, which follows a man dancing with the devil in order to achieve peace for his people somehow. As many stories tell you, doing this will not give the result the person seeks. Several moments throughout the film show the potential of Dracula Untold but then it has woeful sequences of illogical actions. Not in an effort to be nitpicky but the vampire logic definitely jumps around for convenience, especially when utilized for emotional and dramatic purposes. In a way, it cheapens what these momentous moments should represent, which certainly does not help a film already struggling to the finish line.

One of the larger pitfalls Dracula Untold cannot escape is the foundation of it being the beginning of a large franchise. As its own story, it works for what it wants to achieve in telling this tale never seen before, but as the film gets to the end, it gets to a point of trying to set up something larger. Not only did not come to fruition, but it also takes away from the tragic story told before it. The decision to follow this plan feels incredibly jarring as a result.

For a leading man role, Luke Evans really brought his A-game to show the physicality needed for the character along with the tragedy it tries to tell. He proves a level of charisma that serves him well in this type of story and certainly gave it his all in trying to be frightening yet caring as a vampire. Unfortunately, he was not surrounded by a good overall film even with the bits of it I enjoyed. Dracula Untold ultimately feels disjointed in its efforts and ambitions, which did the project as a whole a disservice because an origin story for Dracula should never exist but yet they put together some well-thought pieces with this film. The final portrait, however, displays an unfortunate attempt at building a franchise and with a story unable to build that type of foundation.

One Reply to “Review: Dracula Untold”