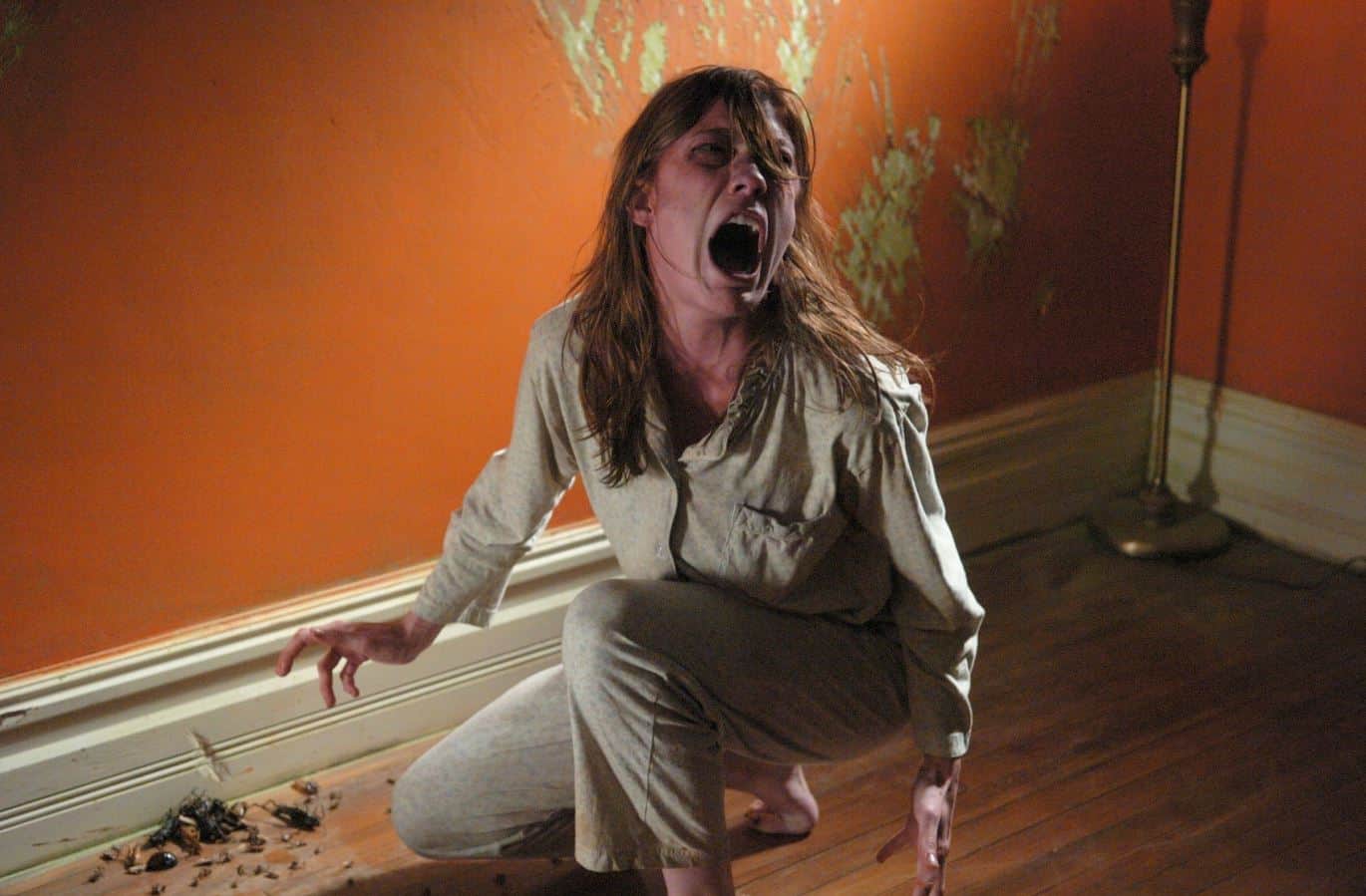 Exorcisms have a long history in their utilization and the misconception of them has not been helped by the glutton of Hollywood productions depicting them. Certainly, the idea of being possessed by a demon should scare the life out of anyone, which makes it such an effective tactic for any horror movie. By combining both the perspective of the possessed, the priest exorcising, and the ultimate ramifications, The Exorcism of Emily Rose provides an absorbing and harrowing look at this type of horror.

Following the death of Emily Rose (Jennifer Carpenter), a court case has the priest involved, Father Richard Moore (Tom Wilkinson) on trial for negligent homicide. With the prosecution trying to argue their case of Moore ignoring the medical issues of Emily leading to her death, an ambitious defense attorney, Christine Bruner (Laura Linney) seeks to shed light on Moore’s perspective on what occurred.

Dueling perspectives meshed together in a resolute way ultimately defines what makes The Exorcism of Emily Rose stand out amongst other exorcism movies because it genuinely shows compassion for the individuals involved. It makes a genuine attempt of not trying to display everything for the potential shock value it could employ, but rather telling a sympathetic story of faith and trying to explain the inexplicable. Sure, it does not reach the heights of The Conjuring or The Exorcist in regard to quality, but it firmly stands in the next tier of possession stories.

Jumping back and forth between the court case and Emily’s experience in fighting off this demon provides two distinct perspectives of the litigious presentation and the audience seeing what actually occurred. While the audience receives the information at the same time as the jury, the visualizing of the torturous experience Emily endured really makes the case for what Father Moore attempted to achieve. Additionally, the tension needs to be found in other places throughout the film seeing as we know Emily’s fate from the onset of the film. The trial centers on her death, which indicates the flashbacks displaying a tragic experience ultimately leading to the death of a 19-year-old woman.

The idea of having a court case where the validity of an exorcism goes against the scientific side makes for an engaging story seeing as going the spiritual route brings a level of intrigue against what the science can prove. There’s a reason the Catholic Church is very picky with what they officially consider someone being possessed by the devil and thus requiring an exorcism. Sure, that may have been easier to do back in the times where knowledge about mental health issues had limitations, but now with different studies and advancements, proving someone has a devil possessing them needs to clear a fairly high bar. This ultimately becomes the push and pull of the story as the science shows Father Moore neglected the glaring medical needs this young woman needed while the priest argues no amount of medicine or therapy could have stopped what occurred to Emily. Tragic in every sense and this film really captures the pain of this story, especially through the strong performance.

Tom Wilkinson always proves to be a pleasure to watch on-screen as he brings such a presence to his roles. With him serving as Father Moore, Wilkinson successfully portrays the pain and burden this man has to carry. The exorcism he participated in failed, which carries its own level of tragedy but now he has to convince a world dissuaded by spiritual explanations of what he experienced. A combustive combination of defeat and perseverance needed seeing as he cannot simply back down from the trial and just plead guilty as the church would prefer. This becomes a moral obligation and Wilkinson carries the struggle exceptionally well. Jennifer Carpenter as Emily Rose has all of the physically tumultuous scenes where she needs to contort her body and express the pain going through this young woman’s body and soul. She carries this struggle so well by also showing the gleaming humanity of what was a sweet girl under the merciless attack of a demon.

Growing up and watching this film genuinely scarred me with the troubling imagery it put out on screen. From the way Emily’s body gets contorted by the presence of this devil and the horror tactics, this film became to me what most others initially experienced with The Exorcist. A terrifying experience only made worse with my upbringing in the Catholic faith and acknowledging the belief in the completely horrendous possibility of demons doing this to another person. Seeing it again as an adult has shown me the horror was not enough to have nightmares about but don’t tell young Josh that.

More sympathetic than going for shock value, The Exorcism of Emily Rose shows the beginning, middle, and end of a traumatic demonic possession. It demonstrates that not all of them land with a happy ending and ramifications become real when it conflicts with the science and medical advancement of this era. Quite the narrative achievement with all the threads it weaves in painting the overall portrait of this story and one I will always remember for scaring the lights out of me.