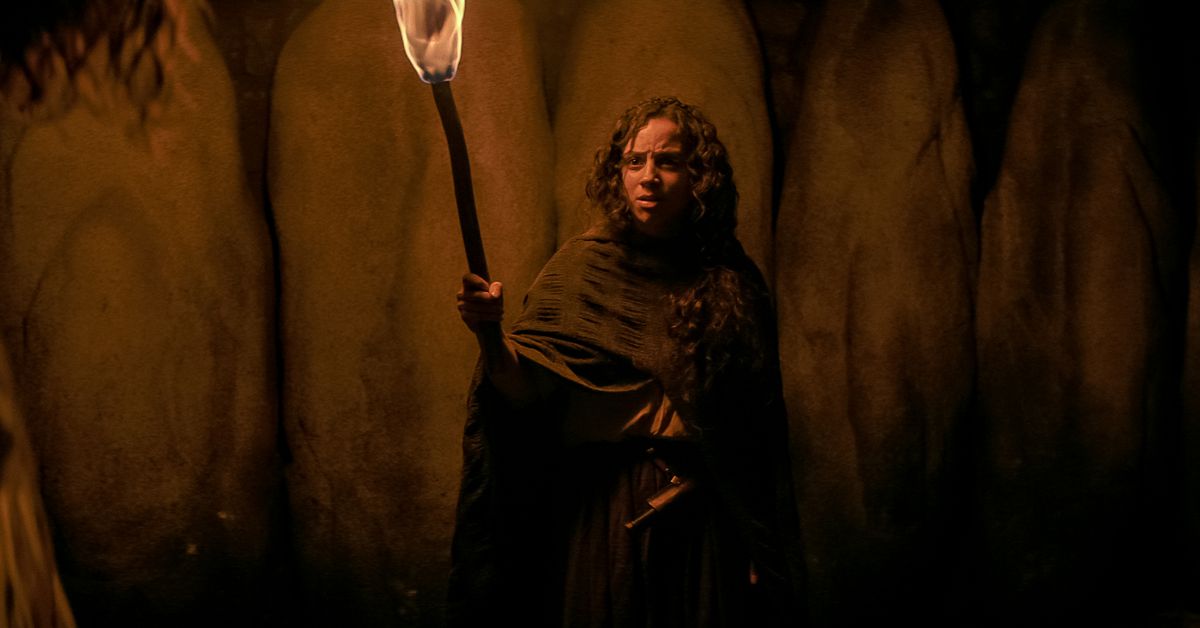 Being mindful of the history books and what they conveniently contain becomes more apparent the more we learn about the real truth of what has occurred in the past. As the saying goes, “history is written by the victors.” No matter the manner in which this victory gets attained, rightly or not, this remains true and ultimately dictates what occurs in the Sarah Fier saga as all of the questions get answered in Fear Street Part Three: 1666.

After reuniting the body and the hand of Sarah Fier, Senna (Kiana Madeira) receives a vision to see the origins of Sarah, while seeing it through her eyes. Through this vision, she learns what occurred back in 1666 before the formation of Shadyside and Sunnyvale, including how Sarah became the scapegoat of it all.

The overall idea stemming from this trilogy capper shifts the perception of the entire story, which definitely serves as a positive to the feature, especially when considering Sarah Fier’s connection to witchcraft. As history has shown with the witch trials of Salem, the assertions of women accused of witchcraft and then killed for it came with a bevy of lies we have learned since which occurs similarly here with Deena seeing all play out through Sarah’s perspective. As a result, we learn the true villain of this story and with this major reveal, it just elicited a big shrug. Sure, it makes sense with the resounding message the film wants to make but everything else happening around it represents such a drop in quality that it truly dampers any interest remaining in the story.

Split between Sara Fier’s story in 1666 and then back to complete Deena’s tale in 1994, this film makes the commitment of making this a century-spanning quest for Deena to save her girlfriend, Sam (Olivia Scott Welch). A sweet sentiment if not for the roles should have really been switched. Seeing Deena go through all of this trouble in order to save such an uninteresting character really puts a damper on the efforts here. This does not get stated to besmirch Olivia Scott Welch, but my goodness, when stepping back and seeing everything Deena does just to save this one girl, it just elicits another shrug because of the very little characterization Sam receives. Just a blank canvas of a character I suppose this film wants us to transpose our own feelings on.

With this feature being the capper of the trilogy, it sets up the finale and the hopes of answering all of the questions laid out in the first two films, yet it falls into the same trappings as 1978, where it takes the established rules from the first feature and completely chucks them out the window whenever given the opportunity. They explicitly state what causes these killers to be resurrected and go after any person who arbitrarily bleeds on the remains of Sarah Fier, but when the reason gets given as to why, none of it makes any sense. Slight spoilers here so skip the rest of this paragraph if you don’t want to know but the reason this occurs comes from the person who bleeds on the remains gets a vision of the truth and these resurrected killers need to eliminate for it to be concealed. Sure, that would make sense except nothing gets revealed in these supposed visions other than seeing other Shadyside killers. This means the entire crux of what brings these killers back to wreak havoc comes from a disjointed reason. When you get to the third film of a trilogy and it pretty much contradicts the entire story leading up to it, then what was the point of it all? I asked myself this question on many occasions when watching this film.

Everything at this point in the story just feels so tiring, which serves as another criticism of this Netflix release strategy. Releasing these with more time would have allowed the stories to breathe more, but their week-long separation really shows the cracks of this overall story and how the vision to tie these together in a coherent manner simply does not work. Then you get to the arbitrary ending that occurs because of reasons and it makes you wonder why you spent so much time watching these films and getting extremely pressed when writing the review. Yeah, that’s enough for this movie.

With the potential to save this trilogy and bring a finale to this story, Fear Street Part Three: 1666 heavily disappoints. It continues the tradition of not following the very rules the film makes such an ardent point to establish and then creates a conclusion that works well on paper but, as with everything else here, comes down to putrid execution. I suppose fans of slasher films, even the bad ones, will find entertainment in this but as someone looking for a good story, this film and the overall trilogy as a whole did not deliver.