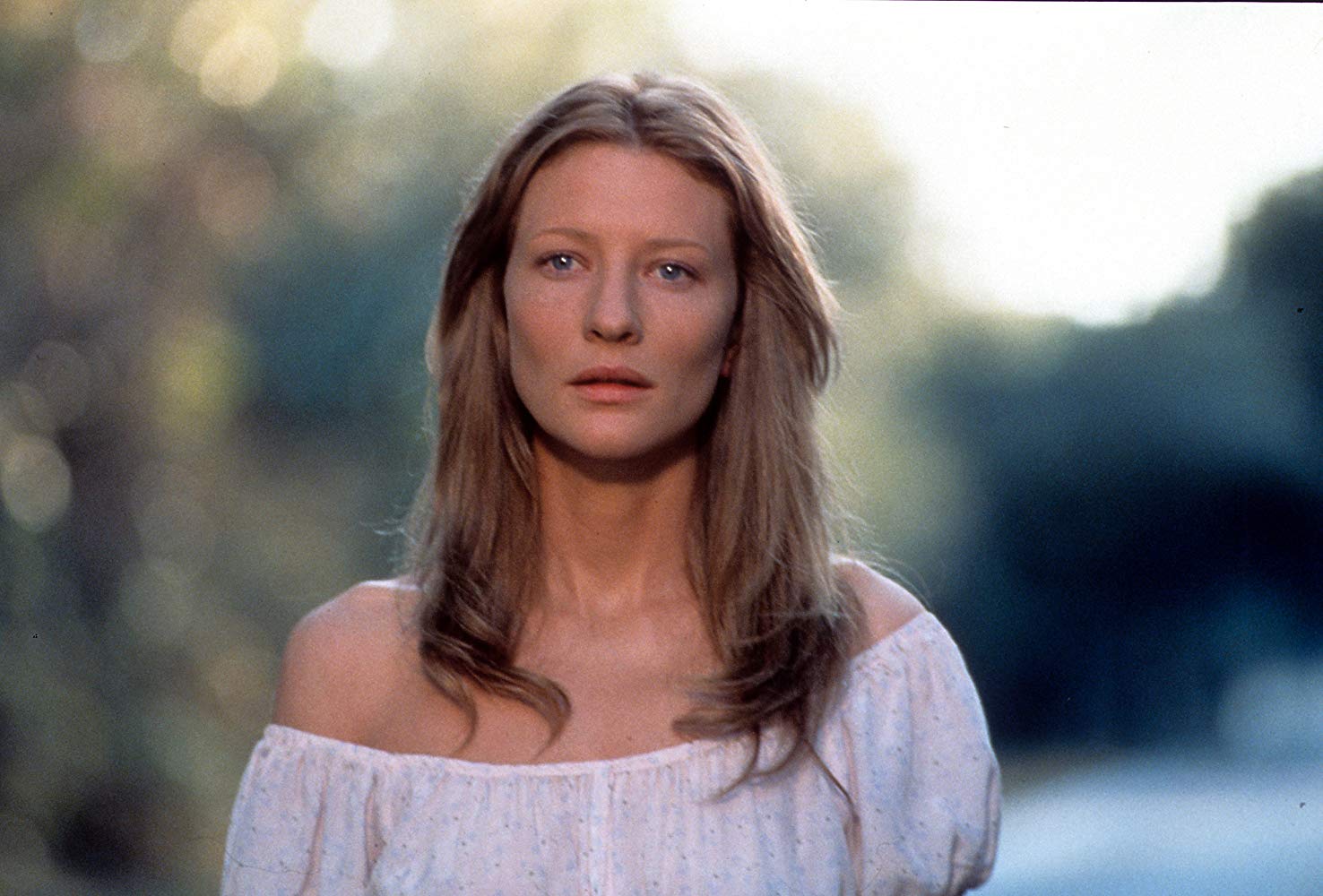 Any situation comes with its pros and cons. The city has great benefits such as services being a walking distance away and a bountiful supply, but with the popularity, they can get overcrowded and expensive. Small towns offer the opposite in more space, but with fewer people comes the potential of the few individuals who know everything about what is going on. Something discovered in many stories in small towns and ultimately causes the big issue occurring in The Gift.

Still in mourning from the death of her husband, clairvoyant Annie (Cate Blanchett) receives visions from some unknown gift and has garnered a reputation for fortune-telling. One day she receives a vision of Jessica King’s (Katie Holmes) death and when it occurs, she gets thrust right into the police investigation where she tries to decipher who was responsible for the murder and how it puts her in danger.

Looking at the cast and director at the helm indicated The Gift had plenty of promise. Directed by Sam Raimi, co-written by Billy Bob Thornton, and starring the likes of Cate Blanchett, Keanu Reeves, Hilary Swank, J.K. Simmons, Greg Kineer, and Katie Holmes. Talk about star-studded, which made it odd they would all sign up for what ended up being a fairly pedestrian project. Serving essentially as a crime mystery, there appeared to be far too much faith in the actors to sign up for this feature than what the end product attempted to deliver for them. Partly because it all comes off as hokey, not in a positive sense, and the casting just felt a bit odd and never allowed me to fully immerse myself in the story.

Listen, I love Keanu Reeves more than many but the man had absolutely no business being cast as Donnie Barksdale. Meant to portray a good ol boy man with some strong opinions on Annie’s clairvoyance, every time he stepped on screen I found myself thinking of the many other actors who could have stepped up and matched whatever energy was meant for this character. Keanu does not work at his best with accents as evident in his illustrious filmography, but his attempt at a southern one worked just about as well as his try at a British one was detailed in Bram Stoker’s Dracula. Keanu truly never had a chance with this character and it honestly derailed all the momentum this film attempted to build.

With it fitting within the crime and mystery genre, the real basis of critique comes from how it delivers on the entertainment front. While it tells its story in a clear manner, nothing about it really remains memorable, which certainly disappoints considering the gift held by Annie. It felt like so much potential resided with Annie’s ability and how it impacts her validity as a person and audience navigator but everything surrounding this ability feels stodgy and a bit simplistic in its composition to provide any meaningful intrigue. Everything surrounds the murder of Jessica, who carries prominence in the town and her death understandably sends shockwaves around the town but not much establishes the type of people this town has to offer as a whole in order to add texture to the story either. Most of it comes with Donnie, who Keanu struggles in making a true threat narratively.

This feature makes for quite an interesting look at Sam Raimi and examining where his career rested at the time. If you ask most people today what they associate Sam Raimi with, it’s undoubtedly the Spider-Man trilogy or his work on The Evil Dead. Works such as this one sit right in between where he admittedly is trying some interesting things but it never quite finds the right balance of his sensibilities as a filmmaker. In my personal experience, whenever Raimi just goes bananas with his stories, it shows just how effective he can be but with this story he feels a bit handcuffed and tone pays the price for it. Therefore, it hinders the material resulting in a fairly bland experience overall despite some interesting material to work with. Not the best combination material to director.

Ultimately forgettable despite the wealth of talent at the disposal, The Gift could have been much better under the tutelage of others. The individuals attached never felt like they vibed well with the material, which never let me fully connect with the production in a meaningful manner.